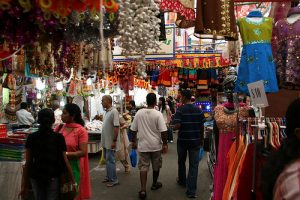 New Delhi (India) – October 9, 2016 – (travelindex.com) – South Asia is the fastest-growing region economically in the world, but regional cooperation remains more an opportunity than a reality. Cooperation among South Asian nations is hampered by the historical circumstances under which they were born. “A series of groups with vested interests continues to benefit from the political economy of conflict and the status quo,” said Malik Samarawickrama, Minister of Development Strategies and International Trade of Sri Lanka. The minister added that “most countries are too preoccupied with internal consolidation to invest political capital in regional integration.” He urged India and Pakistan, the two largest economies in the region, to find a way of working together as a prerequisite for wider economic cooperation across South Asia.

The regional community is fragmented along security and religious lines, said A.H.M. Mustafa Kamal, Minister for Planning of Bangladesh, but cricket is the one “common religion,” he joked. On a more serious note, the minister highlighted the urgency of exploiting shared resources. North-East India, Bhutan and Nepal, for example, have the potential to create 80,000 MW of hydro-electric power – “but have we ever tried?”

South Asia has an economic value of around $2.5 trillion. The sheer size of this market is useful in global bargaining, said Richard Rekhy, Chief Executive Officer and Managing Partner, KPMG, India. “Imagine what can be done” if the region connected through Bangladesh to South-East Asia, a market of similar size, he said. The density of accountants in Sri Lanka and India could turn the region into the world’s accounting powerhouse. Natural resources, including gas and hydro-electricity, transport and textiles are all vital areas for regional cooperation.

“You can be nice to your neighbours if you’re happy in your own house first,” observed Siraj Azmat Chaudhry, Chairman of Cargill India. However, there remain many domestic challenges to a common regional market – for example, India’s ease of doing business. Global companies do not yet view South Asia as one market, while India is viewed state by state. India’s recent success in pushing through the Goods and Services Tax (GST) has begun to unify her internal markets and provides a springboard for India to play a pivotal role in regional cooperation.

“India is to blame,” said Samir Saran, Vice-President of the Observer Research Foundation (ORF), India: “We have not done enough as the largest market in the region to promote regional connectivity.” For too long, India has been looking to the West rather than the East – “we feared getting our feet wet.” As the existing global order of free trade stumbles, South Asia needs to create her own trading arrangements. “Regional integration is no longer an option; it is a compulsion,” underlined Saran.

The India Economic Summit, hosted by the World Economic Forum in partnership with the Confederation of Indian Industry (CII), takes place on 6-7 October under the theme, Fostering an Inclusive India through Digital Transformation. The summit, in New Delhi, is convening more than 600 participants from over 30 countries.

British Airways Back to the Seychelles in March 2018