Like most peoples in Asia, the Filipinos have a strong commercial instinct, and they have been quick to seize the opportunity offered by the recent expansion of tourism in the archipelago. Shops selling cheap souvenirs and curious are now to be found everywhere; their prices are not always fixed, and bargaining is a normal practice. Most shops will dispatch goods to other countries.

The finest goods and the best stocked shops are to be found in Manila and its fashionable suburb of Makati, particularly in the Ermita quarter (Mabini Street and M.H. del Pilar Street).

Consider first shells and other objects from the sea, then articles made of exotic woods, clothing and special items from the remoter provinces, and finally object d art and antiques.

From the sea comes capiz or kapiz, a transparent pinkish paste, malleable when hot, made with mother-of-pearl from myriads of shells found in the Visayas. It was formerly used in windows in place of glass, but now has a very varied range of applications in lamps, chandeliers, shades, night-lights, plates and place mats, table settings of artificial flowers, boxes and ash-trays which have found their way on to European markets. These exquisite articles, still reasonably priced in the Philippines, make charming souvenirs and gifts.

From the sands of a small island in the Visayas (Boracay, province of Aklan and island of Panay) come necklaces of the small white puka shells, which have recently become so fashionable that the supply is now running out. From Zamboanga comes a black coral which is used for making bracelets, necklaces and ear-rings. The many skilled jewellers of Manila are adept at making charming and original fun jewellery from shells. Some of the most beautiful and rarest shells in the Far East, like the glory of the sea and the golden porcelain shell, come from the South China Sea, and collectors can fill gaps in their collections at lower prices in Manila than other places in the South Seas. Another denizen of the sea is the turtle, whose beautiful shell can be used for decorative purposes; they are to be found particularly at Zamboanga and Iloilo.

The Filipinos are skilled carvers, and the excellent hard woods of their forests provide them with first-rate raw materials like: kamagon, which resembles ebony; tanguil; narra, which is reddish brown like mahogany; dao, the dark red tindalo; and a very fine-grained acacia. These woods are used for making furniture, copies of old Spanish colonial pieces (chests, presses) and large pieces of sculpture, representing the original inhabitants of the islands or animals in particular the appealing water buffalo (carabao), the symbol of the rural areas of the Philippines.

Other valuable materials are bamboo and rattan cane, which are used to make light-shades and garden and house furniture, including the colonial-style armchairs with a fan-shaped back which are so much sought after in Europe. Fans (pamaypay), hammocks and plaited mats are made from banana leaves. Under the Quiapo Bridge in Manila is a market at which articles of basketwork can be bought at remarkably low prices. The island of Cebu and its neighbour Mactan are noted throughout the Far East for the manufacture of guitars.

Many visitors like to buy articles of clothing in the Philippines, for the garments made here at least for men are just right for the tropical climate. The barong tagalog, the national dress of the Philippines, is an embroidered white shirt which is worn over the trousers in place of a jacket. For casual wear it is made of cotton or ramie, open-necked and short-sleeved; but for formal evening wear it is long-sleeved and buttoned up to the neck (though worn without a tie), and made of fine silky material, just (banana fibres woven in China) or piña (pineapple fibres). A barong can be made to measure within two or three-days at a reasonable price.

Visitors staying for some time can also have boots or shoes made to measure at prices well below European levels. Similarly, hats made of rice straw are comparable with panamas but cost much less.

Beautiful embroidery is also produced in the Philippines at reasonable prices, thanks to the nimble fingers and low wages of Filipino needlewomen. It is well worth while visiting the small museum in Manila in which the state robes worn by the President’s wife, Señora Imelda Marcos, and specimens of Filipino costumes down the centuries are displayed. Visitors who have time can order hand-embroidered house linen or personal linen, usually from a convent, as at Molo (Iloilo); or they may prefer the national ceremonial costume, the terno, with its picturesque butterfly sleeves.

Batik prints are produced in the southern islands, which are close to Indonesia in terms both of distance and of culture.

One specialty of the Philippines which is well known in other countries is the Manila cigar, milder and cheaper than a Havana. Another specialty which is less familiar is living animals, particularly birds; but this is not a trade that recommends itself to the ecologically conscious.

Among minerals there are silver articles, made with silver from the mines in the Baguio area, and the curious tektites fragments of unknown metals, apparently of meteoritic origin, which are found quite frequently in the Philippines. It is said that when given as a present tektites bring luck to the recipient.

Visitors who find their way to the northern and southern provinces will have the opportunity of acquiring traditional works by local craftsmen belonging to various different ethnic groups which have preserved their distinctive originality. The Ifugaos and the Igorots, who were driven back into the mountains of northern Luzon by the Malaysians, are still primitive peoples, but they have one great achievement to their credit, the rice terraces of Banawe, which are the most remarkable tourist attraction in the Philippines. They produce coarse fabrics (Lepanto cloth), but are mainly noted for the handsome wooden articles they make cutlery, dishes and stools, but also bolos (knives) and lances recalling the not too distant times when these tribes were headhunters. Their necklaces and belts are decorated with glass beads. They also make carved figures of the numerous gods (bulobs) whom they worship; but since they are reluctant to dispose of them few visitors will be lucky enough to find one of the few authentic specimens occasionally offered for sale in Manila. This applies also to the rare funerary figurines of Cotabato, at the other extremity of the archipelago.

On Mindanao, the large island in the southern Philippines, the local art style is quite different more refined, and wholly imbued with Islamic culture. As with many Muslim peoples, the favourite material is copper, which is beaten by hand and sometimes inlaid with gold or silver. Among the articles produced are gadurs and kalandras (different types of jar), domestic utensils, gongs (percussion instruments), beautiful betel boxes, narghiles, sarimanoks (the sacred bird of Indonesia), braziers and candlesticks, as well as shields, daggers and old brass cannon of all sizes which recall the warlike habits of the Moros. Since representations of the human figure are forbidden by the Koran, these objects are covered with geometric ornament and arabesques. They can be bought in the Manila shops, but the finest and most authentic examples are to be found in the bazaars of Mindanao.

Coming now to works of art and antiques, mention must first be made of the paintings of the modern Manila school, which are displayed at the Artists Corner in Mabini Street.

As in all the countries to which the Spaniards introduced Catholicism, particularly in South America, a popular form of sculpture is represented by the santos, charming painted wooden figurines of Virgin Mary, the Holy Family and a wide range of saints, including in particular St. Andrew with his cross, St. Isidore the Ploughman, patron saint of Madrid, St. Roch with his dog and St. Michael killing the dragon. Some 18th century examples have heads and hands worked in ivory, but they mostly date from the 19th century; there are numerous modern counterfeits. In addition to the santos is a variety of other old religious articles, sometimes very beautiful, are to be found in antique shops.

For those interested in pearls the Philippines are a land of abundance. There are fine pearls from the South Seas, semi pearls, sometimes still attached to the shell, Osmeña pearls carved from the interior walls of nautilus shells, small freshwater pearls all in a variety of pastel shades, from pink through grey-blue to aquamarine. They are used to make necklaces or are set in rings, bracelets, pendants and ear-rings. It is necessary to beware of imitations and poor quality cultured pearls imported from abroad and often sold secretly.

Between the 10th and 16th centuries there was a steady flow of Chinese immigrants into the Philippines, mainly from Fukien, Kwang-tung and Kiang-si, bringing with them, as a form of currency, works by Chinese artists and craftsmen. In accordance with immemorial custom the dead were buried along with articles of glazed terracotta or porcelain required for their journey into the other world or intended to reproduce the familiar setting of their lives. This practice came to an end when the Spaniards occupied the Philippines, so that such tombs must be earlier than the Ch’ing dynasty (1644 onwards). Some twenty years ago (Calatagang, 1958) pottery of this kind came to light in the course of ploughing, and more was revealed by excavation. The objects thus recovered were sold, originally at absurdly low prices, and went to form a number of fine private collections, which are well worth seeing; the original finds have been supplemented by items which had been handed down in various Filipino families as heirlooms.

Many shops in Manila, in the Ermita and in the commercial centers, specialise in the sale of green celadon ware, the bluish white ch’ing-pai porcelain of the Sung (960-1279) and Yuan (1280-1368) dynasties, Ming blue and white ware and even a few examples dating from the Tang period (618-906) or showing Tang influence. Some of these pieces are authentic works of art, only to be fully appreciated by those who have long experience of Chinese art.

It should be remembered, however, that porcelain which has been repaired loses two-thirds of its value, that there are large numbers of modern fakes, and that the prices now being asked are frequently higher than the purchaser would obtain if he sold his new acquisition by auction in Europe. 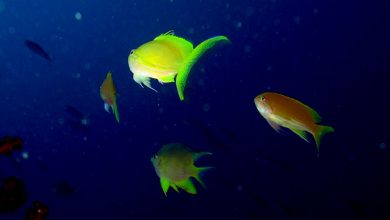 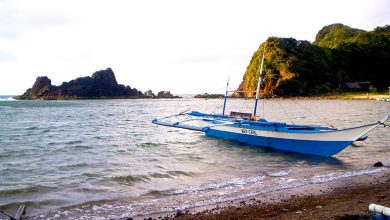 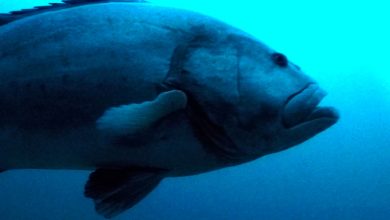 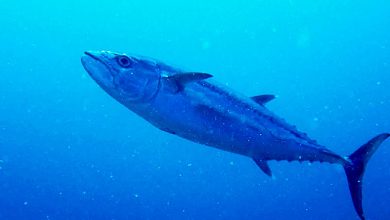