Visitors tend to neglect the cuisine of the Philippines, though it ought surely to appeal to them for its great variety, reflecting the diversity of races in the archipelago, the fascinating mixture which has given the modern Filipino Chinese-cum-Malaysian physical characteristics, a Spanish family name and an American diminutive of his first name.

To the simple food of the Malaysian farmers who were the first inhabitants of the islands, based on fishing, rice-growing, the gathering of coconuts and the rearing of water buffaloes (carabaos) and pigs, have been added in the course of centuries the culinary contributions of all the incomers whose intermingling (Chinese, particularly between the 10th and 16th centuries; Spaniards from the 16th to the 19th century; Americans since the beginning of this century; and a few Japanese during the occupation of 1941-45). , in varying proportions, has produced the Filipinos of the present day. From each of these peoples the Filipinos have taken over recipes to supplement their own, and the result is an attractive cuisine which shows a mingling of East and West.

The pattern is not of course uniform throughout the various provinces scattered over a multitude of islands: the cuisine of the Manila area is different from that of the mountainous regions of northern Luzon or the central archipelago of the Visayas. But these varying cuisines have the same components related perhaps to common ethnic origins.

The only exception (also of historical origin) is to be found on the large southern island of Mindanao, whose Muslim inhabitants, coming originally from the Sunda Islands, still maintain their fierce racial and religious particularism. Holding out stubbornly against any alien intrusion, they have clung to their traditional diet based on the fish which abound in the Sulu Sea and are eaten with manioc and not with rice.

If too many foreign visitors leave the Philippines without being initiated, however cursorily, into the local cuisine this must be laid at the door of the large hotels and restaurants patronised by tourists, who seek to offer their guests either the same food as they would get at home or an uninspired and often pretentious menu of international dishes. Some hotels and restaurants in Manila do, however, specialise in good Spanish or Japanese cooking; and Chinese food (Canton or, even better, Fu-kien), of which Filipinos are very fond, can be found in Manila’s Chinatown.

It must also be recognised that in the past, when the country’s hotels and restaurants were fairly restricted in what they could offer, cooking in the Philippines was mainly a family matter, done by housewives who held to tried recipes handed down from mother to daughter. On top of their regular responsibility for providing the family’s daily fare they had the additional task, in all social classes, of preparing for the huge and interminable gatherings of relatives and friends called for by the traditions of hospitality and of the fiesta so dear to all Filipinos.

Visitors interested in the local cuisine, or merely in local colour, will be fortunate if they get an invitation to one of these family receptions for which the cook, working with traditional utensils and assisted by a host of volunteers from neighbouring houses, prepares a lavish spread for the numerous guests. There are no recipes for using up leftovers, since little is ever left over, and anything that is left is traditionally divided among the volunteer helpers.

It is understandable, therefore, that there are few Filipino cookery books, all of them modern apart perhaps from the account of Magellan’s voyage in 1521 with its description of the banquet, consisting mainly of fish, pork and rice, which was given in his honour on the island of Cebu, shortly before his death in a fight with Lapu-Lapu which, curiously enough, is also the name of the best fish to be found in the Philippines, the grouper.

Throughout the Philippines, as in most of the South-East Asian countries, the staple foods are rice and dried salt fish (bagoong). Dishes of Malaysian origin also make much use of local produce: thus ginataan, a popular dish in southern Luzon, is made of chicken, fish, pork and vegetables cooked in coconut milk and seasoned with garlic. Maya tamales is another favourite in this region, where the coconut palm grows in abundance and where cooking in coconut milk serves to sweeten highly seasoned dishes of meat, fish and vegetables, so that they are sometimes served as sweets rather than savouries. In central and northern Luzon, on the other hand, the highly coloured desserts are made with buffalo milk or sticky rice.

On the island of Marinduque there is a species of crab which contrives to bring down coconuts and break through the shell, and is delicious to eat.

Dinuguan pork is cooked in the porks’s blood, with a seasoning of peppercorns.

Sinigang is a soup rather similar to bouillabaisse made of fish, seafood or pork with a slightly sour taste. It is a popular dish in a country surrounded by seas well stocked with fish.

It is not known whether lechon (sucking pig roasted in its skin), which features prominently in all fiestas, is of local origin, or whether it is Polynesian or Chinese or even Spanish. The guest of honour, who will be invited to help himself, may find himself in some difficulty: the best plan, even at the risk of burning your fingers, is to take a piece from behind the ear or the base of the tail.

Adobo, the national dish of the Philippines, is a marinade of meat (usually pork), poultry, fish or even vegetables in vinegar, garlic and oil. Adobo is related to the Spanish adobado. Other dishes inherited from 350 years of Spanish colonial rule are sopa de ajo (garlic soup), cocido or pochero (boiled beef with a tomato and garlic sauce) and arroz a la valenciana, paella of prawns, pork and chicken, served on rice seasoned with tomato and saffron.

Also of Spanish origin is the custom of having a segundo almuerzo (second breakfast) at 10 o’clock and a merienda or afternoon snack. A well-to-do Filipino may well have five substantial meals in the course of the day.

Many dishes with Spanish names are in fact of Chinese origin. Thus, pork asado in reality, is a Chinese dish, and so too are the various excellent pancits (pancit molo, pancit canton), which are made of Chinese rice noodles with the addition of bamboo shoots, soya, celery, Chinese leeks, prawns and garlic, cooked in a bouillon with diced pork and chicken. Rice noodles are a symbol of longevity and must not be cut recalling the Italian belief that cutting pasta brings bad luck.

Other practices imported from China and reputedly of aphrodisiac effect though they may not appeal to everyone are: the eating of dogs in the mountains of northern Luzon; and, (in many parts of the country) of baluts, boiled ducks eggs containing the half-formed duckling. Also of Chinese origin, but more in line with Western tastes, are the delicious lumpias, made of vegetables and minced pork or prawns rolled up in a fried pancake of rice flour. Lumpiang ubod is made from the heart of the coconut palm, the extraction of which kills the palm.

American cooking has left little mark on Filipino cuisine perhaps because of the long established prestige of European and Chinese cooking, or perhaps because American dishes appeared tasteless to palates accustomed to more highly spiced food. But of course steaks, grilled chicken, ice-cream, colas, American salads and fruit pies, often made with the local fruit, are to be found everywhere in the Philippines.

The local fruits are varied and delicious, offering visitors a whole range of new experiences. Although the climate is unsuitable for strawberries, cherries, apples and pears, which are usually imported, dear and of poor quality, there is an abundance of pineapples, avocados and watermelons, as well as bananas in great variety, from the little señoritas, sweet and perfumed, to the giant bananas of Davao, which appeal less to the Filipinos and are mostly exported to Japan. Banana leaves are put to many uses for decoration in the house, as table-cloths, for wrapping parcels.

More specifically, Filipino are the delicious mango, which ripens only after gathering, the jackfruit (langka), with a prickly husk like a chestnut, the guava, the black duhat, the lanzones, which ripens between August and October in the provinces of Laguna and Batangas, the delicate anona (atis) and the santol. The kamias is used in cooking, as are two substitutes for lemons, the green dayap and the juice of the little kalamansi.

The more exotic fruits grow in the south, but are found in the markets of Manila. The red rambutan resembles the Chinese lichee; the mangosteen is reputed to have been the favourite fruit of the rulers of the island of Jolo; and the durian, grown at Davao, is both disliked for its smell (the airlines refuse to carry it) and sought after for its taste of cream of roast almonds, particularly by men on account of the particular properties attributed to it.

Unfortunately, however, these fruits appear all too seldom on the menu of restaurants and hotels, which tend to serve imported fruit. Visitors must go out and look for them in the picturesque markets, and will be well rewarded if they do.

Among Filipino drinks are the diluted juice of the kalamansi and coffee, which was brought in from Mexico around 1720. Curiously enough, coffee is the only Mexican product to be found in the Philippines, in spite of the fact that the Acapulco galleon was for centuries the only regular link with the rest of the world. A refreshing dessert which is popular with Filipinos during the great heat of the tropical summer is halo-halo, a mixed fruit cup.

The Ilocanos make a kind of red wine from sugar-cane called basi, a robust drink which can sometimes be obtained in Manila, while the Igorots have a rice wine called taipei and the Ibanags produce a maize spirit called layaw which may contain up to 90 of alcohol (and is also used as a disinfectant). The coconut palm yields a kind of beer called tuba, which is distilled to produce lambanog. Excellent rums (Tanduay) are made locally, as are Coca-Cola-style drinks, various fruit juices and an excellent light beer, San Miguel. Wine is imported, but in some places (Ilocos, Cebu) there are vineyards producing a rather heavy wine like the Greek Samos.

Visitors to the Philippines who set out to sample the local cuisine will at the same time get to know the local people better; for the Filipinos are well aware of the importance of food in social relationships, seeing it as a means both of establishing and of expressing friendship. 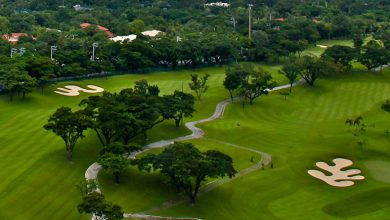 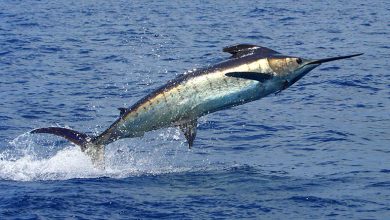 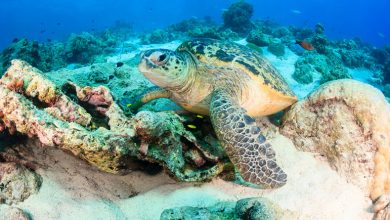 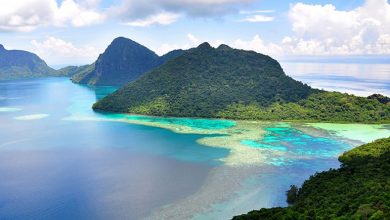