The low latitude of the Philippines and its position in the sea gives the archipelago a tropical or equatorial marine climate. The influence of the sea, maintaining a high degree of humidity in the air (relative humidity over 80% for at least eight months of the year), and the consistently high temperature produce a rather enervating climate. The mean annual temperature range around 27°C, with a slight drop in the extreme north on account of the in-flow of cooler air from the mainland of Asia in winter. Seasonal variations in temperature are very small, less than 5% in sheltered areas like the Cagayan valley, which is relatively cool in the month of January and stiflingly hot in the middle of the dry season with an average of 32°C in May. In the mountainous regions the rhythm of the seasons is the same but the altitude produces a considerable fall in temperatures thus Baguio with an elevation of 1481 m, in the Cordillera Central of Luzon, has a mean annual temperature of only 18.3°C, making it a haven of coolness during the hottest months (March to May), because of this it is known as the country’s summer capital and a favourite holiday destination.

The Philippines have a high rainfall. The average annual fall of the archipelago varies from 965 to 4,064 mm annually. Impressively high rainfalls are recorded in the mountainous regions, particularly on the slopes exposed to the Southwest monsoon winds such as Baguio (over 3 mm annually) and the hills rising from the Pacific (over 4 mm,) and the North-eastern Mindanao (average of almost 8 mm). Only the more sheltered areas have lower levels of rainfall, the Cagayan valley and the extreme south of Mindanao (around 1 mm annually). Showers producing several hundred millimetres are not rare, and 1100 mm of rain have been recorded in a single day at Baguio. The cause of this high rainfall is not far to seek: the winds passing over the sea become laden with humidity which is discharged when they strike the mountains, and the archipelago lies in the normal path of the Pacific typhoon belt. There is an average of 12 typhoons every year, accompanied by violent winds and torrential rain which often particularly between July and October thus cause a considerable damage on the islands.

The seasonal distribution of rainfall varies significantly from place to place within the Philippines. Broadly speaking, in the western and central regions of the archipelago the rainfall is concentrated in rainy season (June to October). In western Luzon, for example, three seasons can be distinguished. The cool dry season begins in November and lasts until February. This is the most pleasant time to visit the Philippines, with relatively cool nights, days on which the temperature is tolerable because of the moderate level of humidity, luminous sky, the moderate winds of the north-eastern monsoon and a countryside which is still green. Thereafter, it becomes steadily drier and hotter until May. At the height of the dry season, there are frequent scrub fires, shortages of water, arid and barren landscape and in the middle of the day the temperature rises to over 35°C in the shade. In June comes the south-western monsoon, though not always so fiercely and regularly suggested; comes the rainy season. This usually lasts until October, during this period several days of heavy showers associated with the passage of a cyclone often alternate with some days of fine weather. During these months the temperatures are not excessively high, but the humidity makes them tiring.

In the eastern part of the archipelago the rainfall pattern is very different. There is no dry season, or at any rate in the inland regions it is very short (January to March on Cebu). It rains throughout the year, usually with heavier rainfalls during November to January when the Pacific trade wind blows rather than during the south-western monsoon.

The Southern Visayas and Mindanao have a pattern of their own. In these regions, lying off the track of the typhoons and a little more equatorial, the rainfall is less heavy with no marked dry season. 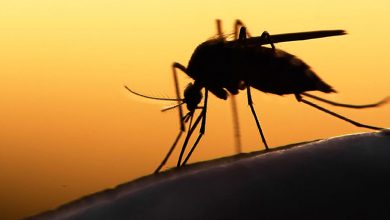 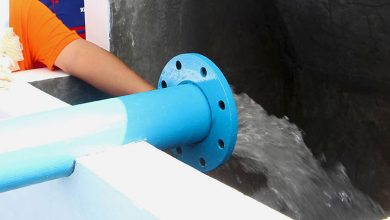 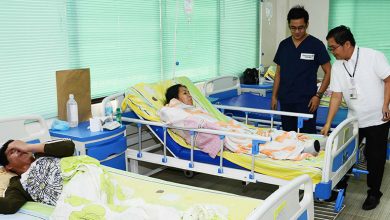 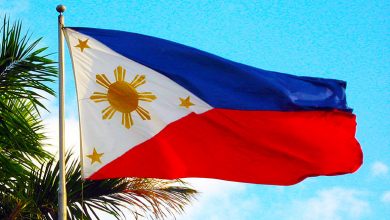