Geology
The islands are mostly hilly, showing a young and abrupt pattern of geology. There are ten peaks over 2000 m, among them are the highest point in the Philippines, the extinct volcano of Mount Apo (2954 m) on Mindanao; Mount Pulog (2930 m) in the Cordillera Central of Luzon; Mount Halcon (2586 in) on Mindoro and Mount Mayon (2401 m), an active volcano in Bicol Region. With some exceptions the plains of Cagayan, Bicol and the central plain on Luzon, the Cotabato plain, the Agusan valley on Mindanao and the lowlands of Western Negros and South-eastern Panay in which the plains are narrow and few in number. Almost everywhere the eastern slopes of the islands fall down to the Pacific in steep scarps. The mountainous terrain of the archipelago reflects its geological history. Here, as in Java, there is little ancient rock of pre-Tertiary age. Some areas in Western Luzon and the more westerly islands like Palawan, Mindoro and Panay belong to what is known as the Sunda pseudo-basement complex , a platform made up of Primary and Secondary crystalline and sedimentary rocks which were thrown up or folded before the Tertiary period and subsequently worn down by erosion. In these areas the region is mostly gentle and of little height, consisting of plateaux, low hills and small plains. Most of the archipelago is the result of recent tectonic disturbances in the Tertiary or Quaternary, some of them occurring in folds and above are complex fracture movements associated with intense volcanic activities along the line of weakness in the earth’s crust marked out by the great troughs in the Western Pacific (the Philippines Trench to the East of Mindanao reaching a depth of over 10,000 m at several points). The Philippines thus form part of the inner arc of the chain of islands in South-East Asia which runs from Burma to Sumatra, Java and the Lesser Sunda Islands. The hills of the archipelago are merely the visible portions of submarine mountain ranges, with anticlines, horsts and volcanoes. There is therefore a predominance of recent geologic structure, with some 55% of the surface occupied by Tertiary sediments. Among them, the limestones are well represented, with numerous karstic features, including such tourist attractions as the many caves around Sagada in the Cordillera Central of Luzon which were used as burial places by tribes of animist, the fine caves at Callao, in Cagayan valley near Tuguegarao, and the interesting Chocolate Hills on Bohol, a close packed huddle of rounded hillocks. Volcanic material is found on the alignments of volcanoes which mark the great fractures. The larger plains are covered with Quaternary alluvium.

Two main structural arcs, both running in a generally southerly direction, can be distinguished. To the West is the Luzon Arc, running Northeast to Southwest from the Cordillera Central by way of the Zambales Mountains to Luzon, the islands of Lubang and Mindoro, the Western Visayas, the Sulu archipelago and Northeastern Borneo. Along the East and West sides are alignments of crests or cuestas enclosing a central depression. On the West flank, fronting the South China Sea, there are no volcanoes, but there is considerable volcanic activity in the low-lying central area, partly occupied by the Cagayan valley and the Manila plain, and along the eastern flank of the arc, running from the Sierra Madre (or Cordillera Oriental) and the Bondoc peninsula on Luzon, via North-western Leyte and the Zamboanga peninsula on Mindanao, to the Sulu archipelago: this activity is represented, for example, by Mount Arayat, a handsome extinct volcano which rises above the Manila plain near Angeles, and Mount Taal, an active volcano in a lake in South-western Luzon.

To the easterly point is the Samar Arc, which links up with the Luzon Arc to the South of the Caraballo Mountains on Luzon, runs from Northwest to Southeast, taking in the eastern part of the archipelago, from the Camarines peninsula on Luzon by way of the island of Samar to Eastern Mindanao. Here the volcanic activity is concentrated on the eastern flank of the arc, particularly in the Bicol area in South-eastern Luzon. Between the two arcs is a low-lying zone made up of Ragay and Leyte Gulfs, the Mindanao Sea and the alluvial plains of the Agusan and the Cotabato on Mindanao.

In this region of imperfectly consolidated terrain earthquakes and volcanic activities are regular occurrences. Earth tremors are frequent but are usually with limited intensity, the epicenters being for the most part in the Pacific Ocean. The Philippines have some thirty volcanoes, eighteen of them still active. The best known are Mount Mayon, a perfectly formed cone near the town of Legazpi in South-eastern Luzon, which until now shows quiet effusion of lava; Mount Pinatubo in Zambales wherein its 1991 eruption proved to be the world’s second largest terrestrial eruption of the 20th century; and the Mount.Taal, in the middle of a lake South of Manila, a little volcano only 300 m high but formidable for the violence of its eruptions (including one in 1965 which killed several thousand people). Among other active volcanoes, not so well known but no less extraordinary, are the volcanoes on the Camiguin Islands particularly Hibok-hibok and Cape Engano at the North-eastern tip of Luzon. Present day eruptions are mostly of explosive type, producing an incandescent ash-cloud, with violent avalanches of lava and ash-rain or ground water flows into the incandescent matter at the foot of the volcano or devastating mud flows produced by the abundant tropical rain showers. Volcanic activity is also reflected in the presence of numerous springs of hot sulphurous water all over the archipelago.

The recent geological formation and the vigorous erosive activity promoted by the high rainfall are reflected in the extensive river systems represented principally by the Cagayan (353 km long), Chico, Agno and Pampanga on Luzon and the Agusan and Rio Grande on Mindanao and the sharp differences in landscape pattern encountered over very short distance, even on the larger islands. This can be illustrated by taking the example of Luzon.

Northern Luzon, where the island is wider, shows an alternation of narrow mountainous ridges and alluvial plains, many of them are of small size. The island is divided up by three roughly parallel mountain ranges:

(a) The Cordillera Central, with its narrow rounded crests, is made up of three separate ranges. To the West are the Ilocos, a discontinuous series of hills reaching heights of 1000 m in many places particularly South of Vigan and in the Claveria area in the extreme North, fall steeply into the South China Sea; the only coastal plains of any size are round Laoag, Vigan and San Fernando (La Union). Farther east the Mount Pulog chain the highest peaks on Luzon, falls gradually down in lines of hills to the Cagayan valley. Finally the Caraballo Mountains, running from Northwest to Southeast, form a barrier separating the two largest plains on the island, the Cagayan plain in the north and the Manila plain in the South, watered by Pampanga and Tarlac.

(b) In Eastern Luzon is the Sierra Madre, a long range nowhere exceeding 2000 m, occupied only by primitive tribes like the Negritos. It forms a bastion on the Pacific Ocean, edged by tiny coastal plains like the Casiguran, Baler and Infanta plains.

(c) South of the Lingayen Gulf are the Zambales Mountains, resembling the Cordillera Central in their gradually descending pattern of lands and the Sierra Madre in their sparse population. South of Manila Bay the island changes aspects, direction and develops a highly fragmented landscape pattern. Peninsulas (the Bondoc peninsula, Caramoan Point) alternate with deep bays (Tayabas Bay, Ragay and Lagonoy Gulfs), and there is a scatter of islands (Polilo, Alabat, Catanduanes) and a succession of volcanic alignments (Makiling, Macolod and Banahaw in the Batangas area, Isarog, Bulusan and Mayon on the Camarines peninsula and of hills, reducing the coastal plains to narrow strips of land (Legazpi plain). 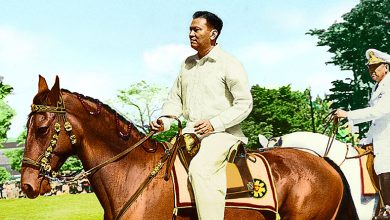