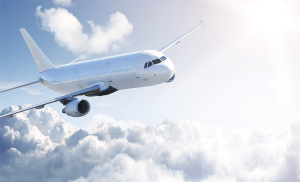 Geneva (Switzerland) – Sept 7, 2016 (travelindex.com) – The International Air Transport Association (IATA) expressed optimism for an agreement on a Carbon Offset and Reduction Scheme for International Aviation (CORSIA) when governments meet for the 39th Assembly of the International Civil Aviation Organization later this month.

The draft negotiating text for CORSIA, published on 2 September 2016, broadly aligns with the aviation industry’s call for a mandatory global carbon offset scheme as a tool to help manage the industry’s emissions as it pursues its goal of carbon-neutral growth. Instead of being mandatory from the start, however, the draft text defines a voluntary “pilot and implementation” period (2021-2027) after which participation would be mandatory for all eligible States (2027 onwards).

“I am optimistic that we are on the brink of a historic agreement—a first for an industry sector at the global level. The aviation industry would have preferred a more ambitious timeline than is currently outlined in the draft text. However, what is most important is that the substance of the negotiating text will allow for meaningful management of aviation’s carbon footprint. Airlines support it and urge governments to agree when they meet at ICAO,” said Alexandre de Juniac, IATA’s Director General and CEO.

IATA encourages governments to commit to their voluntary participation as soon as possible. “Last year’s much lauded Paris climate change agreement was a combination of voluntary measures to which the vast majority of countries have already committed themselves. We expect no less of an outcome from the ICAO Assembly. The industry is ready. There is really no reason for governments not to volunteer. Indeed, the United States, China, Canada, Indonesia, Mexico, the Marshall Islands, and 44 European countries have already indicated their willingness to participate. Now is the time for other states to match their political leadership, by coming to the Assembly already committed to participate, even if the scheme is voluntary at the initial stage,” said de Juniac.

“Airlines are committed to environmental responsibility. But achieving it requires a partnership with governments. That is clear in the development of a global market-based measure such as CORSIA. And it is the same for day-to-day operations. Airlines are investing heavily in new technology, the development of sustainable alternative fuels and operational efficiency. Our message to the states attending the ICAO Assembly is that they must match our efforts. This is particularly the case with investments to modernize air navigation infrastructure which will bring cost-efficiency benefits along with improved environmental performance. Similarly, government incentives to commercialize sustainable alternative fuels are critical to unlocking their environmental benefits with increased production capacity and lower costs,” said de Juniac.

Background
ICAO is the United Nations body charged with managing aviation’s climate change impact because of the complexity of emissions from any one flight which might occur over several countries and the high seas. As such, international aviation is not included in the agreement reached by the United Nations Framework Convention on Climate Change (UNFCCC) in December 2015.

ICAO was mandated by its 191 contracting states at its 38th Assembly (2013) to present a proposal for a global market based measure to manage aviation’s carbon footprint at its 39th Assembly. That proposal is the Carbon Offset and Reduction Scheme for International Aviation (CORSIA).

In June 2016, an overwhelming majority of IATA member airlines reiterated their desire to see a single, global and mandatory carbon offset scheme be implemented from 2020. This would fulfill one pillar of the industry’s four-pillar strategy on climate change which consists of:

1. Improvements in technology and the deployment of sustainable alternative fuels
2. Operational efficiency
3. Infrastructure optimization
4. A global market based measure

Tourism for All, a Concept Close to Alain St. Ange’s Heart