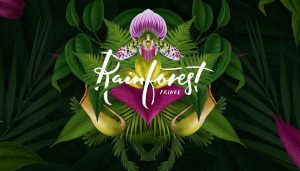 Kuching, Sarawak (Malaysia) – June 21, 2019 (travelindex.com) – The 3rd Rainforest Fringe Festival is on from 5th to 12th July 2019 and will showcase all-inclusive programming that is aimed to encourage both locals and visitors, of all ages, to immerse in Sarawak’s rich culture and heritage.

Once again the exciting event is hosted by Ministry of Tourism, Art, Culture, Youth & Sports Sarawak (MTACYS) and is being held as a prelude to the annual Rainforest World Music Festival (RWMF) with Joe Sidek Productions Sdn Bhd (JSPSB) as the appointed organisers.

The announcement of the RFF dates and its list of programme was made by Minister of Tourism, Art, Culture, Youth & Sports Sarawak, YB Datuk Abdul Karim Rahman Hamzah recently.

“We are proud to host the Rainforest Fringe Festival once again and we felt that the people of Sarawak deserve to celebrate their richness in culture and history” YB Datuk Haji Abdul Karim said during the press conference.

“This year’s additional flavours will include programmes that showcase another major community’s history and culture is a great expansion of the festival,” YB Datuk Karim enthused.

Meanwhile, festival director Joe Sidek has said “Sarawak is also the proud home to another major community, the Malays, and this time we will be presenting ASAS MELAYU, produced in collaboration with Amanah Khairat Yayasan Budaya Melayu Sarawak as the programme sponsor. This series will include talks, film, food, and music.”

A series of events which will showcase the history, culture and foundation of the Malay community in Sarawak, ASAS MELAYU will feature Lembaran Emas – Songket and Keringkam of Sarawak in a fashion show as an opening highlight of the festival featuring designs by the acclaimed “Malaysia’s King of Fashion”, Dato’ Sri Bernard Chandran; Sarawak’s own Datuk Tom Abang Saufi; and Tanoti House of Kuching.

The programme will be launched at the festival’s opening day on 5th July. The public will have access to this event via live streaming of the event, to be held at the old State DUN Building in Petra Jaya.

Other highlights which will present the splendour of the state’s vast rainforest and the city of Kuching itself include the Borneo Laboratory with a series of events – Plating the Wild, Museum of Scent, Borneo Laboratory book launch and exhibition, and another festival commissioned bamboo pavilion (also serving as the performance stage for Primates). Exhibitions include Rainforests of the World by Ch’ien Lee, Over Sarawak by David S.T. Loh, Jungle Fever by Marie Dargent and the launching of Brooke Heritage Trust’s Museum of Kuching.

The Market will feature a variety of programmes, including showcasing and selling creative design brands from Taiwan and also Kuala Lumpur, Penang, Singapore and Thailand – opening up the world of creative designs, for the people of Sarawak.

We will also bring back the popular Big Bad Wolf, and performances will include Amazing Drumming Monkeys from Australia, which has toured the world and wowed audiences young and old alike.

As part of our community project, the festival has included the staging of The White Rajah of Sarawak (reworked), to be presented by the St Joseph’s Private School, and The Amazing Drumming Monkeys, a children-centric performance aimed at kids aged 1-8 but which is a performance which has wowed audiences worldwide and which has proven to be entertainment for the entire family.

We are still hoping to engage with many more sponsors and partners. Please contact us for details as we are keen to collaborate and move forward together.

The list of programmes and highlights in this year’s RFF are as follows:

PRIMATES
Commissioned by Rainforest Fringe Festival 2019, PRIMATES reinterprets the identity and movements of primate mammals, which include apes, monkeys and humans.

The show will be performed on a specially constructed bamboo and wooden structure designed by Wendy Teo, architect of Wendy Teo Atelier and curator of Borneo Art Collective. PRIMATES is also performed to live music by the critically acclaimed Orang-Orang Drum Theatre. The show is free and open for all to watch.

INK KUCHING
An international tattoo showcase to present 5 days of the art of tattoo where visitors are welcome to get themselves inked by modern, traditional and indigenous artists from Sarawak and the region. This programme is presented in collaboration with Sarawak Body Art Association.

INTERNATIONAL INDIGENOUS FILM FESTIVAL
Started in 2018 by Emmanuela Dewi Shinta and David Metcalf in Bali, the Indigenous Film Festival has travelled to Bhubaneswar in India and Kalimantan before making a stop in Kuching as part of RFF2019.

With the theme of “stories that matter”, the film festival serves as a platform for regional and international indigenous filmmakers to showcase their work, to form collaborations and networks, and to be able to reach out to a wider audience.

Using film as a medium to promote and tell the stories of indigenous communities, the festival is a series of screenings, workshops for young filmmakers, dialogues with prominent indigenous filmmakers and networking sessions running throughout RFF2019.

RAINFORESTS OF THE WORLD
In this photographic exhibition, comprising work from the rainforests of Borneo, Madagascar, New Guinea, and the Amazon Basin, Ch’ien Lee aims to inspire a deeper understanding of these magical places, their incredible diversity, and how their continued existence is vital for the health of the entire planet.

OVER SARAWAK
This is a festival-commissioned photography project by David ST Loh, an acclaimed photojournalist. The exhibition will feature 30 prints of photos taken by David Loh in various parts of Sarawak using drone photography and technology. Over Sarawak is part of David’s Over Malaysia series, and his previous exhibition Over Penang has received widespread acclaim.

SONG TO THE EARTH FEATURING KAYAN PARAP
Adrian Jo Milang is currently the youngest practitioner of the ancient and dying Kayan oral tradition of the Parap and Takna’. Alongside Dr Corrina Bonshek, an award-winning Australian composer, who was trained in western art music by composers with deep and enduring connection to Asia, both share a deep appreciation of nature and desire to create music that is deeply moving and places the audience in a trance-like state. They will be working together over one week, in order to learn about each other’s unique styles and then present a shared collaborative performance for audiences to experience.

JUNGLE FEVER
This is a new series of works by French artist Marie Dargent. Inspired by the vivid tropical vegetation of Malaysia’s rainforest , Jungle Fever comprises of over 50 loose-hanging pieces of cloth that have been painted with striking acrylic colours using stencilled cut-outs that she had made of jungle motifs.

These long, narrow strips of antique cotton cloth are over a hundred years old, taken from the Dargent family collection, originally made by her seamstress great-grandmother, together with other pieces hunted down in European flea markets.

UNWTO, Regulation Catches up with Innovation, the Case of Short-Term Rentals