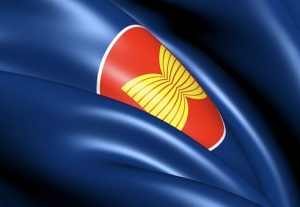 Putrajaya (Malaysia) – August 31, 2016 (travelindex.com) – The ASEAN Tourism Association is to set up a website to pay tribute to hundreds of industry veterans and stalwarts for laying the foundations of what is now recognised as the region’s fastest-growing economic sector.

From ministers to hoteliers, tour operators to convention organisers, expatriates to Aseanites, legions of men and women with vision, dedication and commitment played critical roles in building up travel & tourism. They designed from the ground up the products and policies, dismantled impediments and bottlenecks, and planned and executed major marketing campaigns that raised ASEAN tourism to illustrious heights.

To be named “ASEAN Travel & Tourism Hall of Fame,” the project will mark the 50th anniversary of the founding of ASEAN. Spearheaded by the ASEAN Tourism Association, the region’s largest private sector grouping, the website is scheduled for launch at the January 16-20, 2017, ASEAN Tourism Forum in Singapore, to commemorate the 50th anniversary of ASEAN.

Said ASEANTA President Aileen Clemente, Philippine Travel Agencies Association Representative to ASEANTA, “While the marketing campaigns celebrating ASEAN’s 50th anniversary will drive future growth, it is also a good opportunity for us to honour our past and recognise the founding stalwarts for the enormous amount of time, effort and money they invested in making this growth possible.

“The current generation owes them an enormous debt of gratitude,” she said.
Added ASEANTA Deputy-President Devinder Ohri, Director of G. C. Nanda & Sons in Singapore, “Travel & tourism prides itself on being a people industry. Hence, it will be a timely milestone at which the present generation should pay tribute to the people who built it. If it were not for them, we would not be where we are today.”

Editorial research and compilation will be handled by Imtiaz Muqbil, Executive Editor of Travel Impact Newswire, one of the longest serving travel trade journalists in ASEAN. Mr. Muqbil, who initiated the project, will coordinate the editorial content jointly with ASEANTA.

The ASEAN travel fraternity is welcome to nominate the names of people it would like to see included. Circulars outlining the detailed criteria for listing will be distributed through ASEANTA’s member associations. Final decision on content will be made by ASEANTA.

The website will be funded through various categories of sponsorship, with the supporting institutions, corporations and individuals being listed and credited prominently on the website. Sponsors can expect a good return on investment as the website will prove popular on social media networks and as a reference site for students of travel & tourism in this fast growing region of the world.

Said Ms Clemente, “We are proud to be the first in the ASEAN tourism industry to undertake this unique project. We look forward to the support of our members and potential sponsors. With a generational transition now under way, young millennials entering this industry today would do well to honour the role of their forefathers”