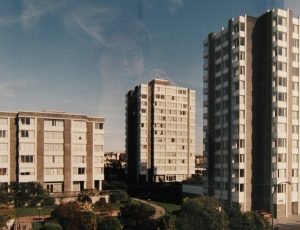 Angeles City, (Philippines) 6 February 2012 – Every year, the Grandview Tower sponsors and participates in a special event namely the Miss Philippines Australia Beauty Pageant wherein a group of lovely ladies grace the stage and compete for a title which not only features their physical good looks but also their desire to make a change in the lives of the less fortunate.

The event was held last January 25, 2012 at the Shanghai Palace in Angeles City Pampanga. The event is hosted and organized by the Returned & Services League (RSL) Angeles City Sub Branch. RSL organizes several medical missions and wheelchair programs that help the impoverished in different communities.

The pageant’s winner was Ms. Lilibeth Morta, 21 years old, from Holy Angel University, and the first runner up is Ms. Johanna Geron, 19 years old, from Asian Institute of Science and Technology. The winners of the pageant received a sash, a trophy, a cash prize, and a bouquet of flowers. Miss Anne Curtis-Smith honored the event by crowning this year’s winners. She was also present to crown last year’s pageant winner.

“The Miss Philippines Australia is a popular pageant especially as it is graced by the attendance of Anne Curtis. For the second year in a row, our Grandview Girls won the coveted title and first runner up. All the girls however were beautiful and the event organized by the RSL was an extremely successful one. We are very proud to be involved with the charity event,” says Mr. Maurice Van M, President and CEO of Grandview Tower and a member of the RSL.

About Grandview Tower
Grandview Tower is a prime 5-star condominium hotel accommodation and investment within the center of business and entertainment of the growing city of Angeles, Pampanga. The condo hotel offers over 90 spacious hotel suites all furnished with modern and state of the art amenities, security and world class service. Within just minutes away from the city’s shopping, tourist, dining and entertainment destinations, the Grandview Tower is ideal for tourists, businesspeople, expats, and locals.