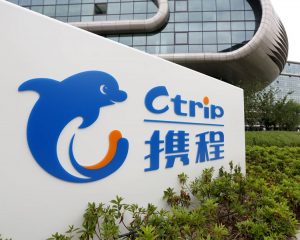 Shanghai (China) – August 4, 2016 (travelindex.com) – Ms Jane Sun, Co-President and COO of Ctrip will be the keynote speaker at the official opening of the first ITB China, which will take place in May 2017. This was announced by ITB China’s organiser Messe Berlin, and by Ctrip, one of China’s leading online travel agencies. Ms Jane Sun: “We are very excited about ITB China and happy to be part of it right from the first event in 2017. We are confident that the ITB China will be a great opportunity for Ctrip to enhance its business relations with global destinations and travel service suppliers.”

Ctrip is a leading provider of travel services including accommodation reservation, transportation ticketing, packaged tours and corporate travel management in China. The company last attracted global attention in 2015 when it acquired a stake of Qunar, its rival company, and thereby strengthened its leadership in China’s online travel space.

The first ITB China will take place from 10 to 12 May 2017 at the Shanghai World Expo Exhibition and Conference Center. The event, an international offshoot of one of Messe Berlin’s most successful trade fairs, will take place annually there. Its co-organiser is TravelDaily China, a leading online news portal and organiser of travel industry conferences in Asia’s largest country.

Interest in ITB China is high. Leading Chinese travel industry companies including Ctrip, Alittrip, Utour, Caissa and many others have already confirmed they will be sending their buyers to the first event in mid-May 2017. Exhibitors are also pressing ahead with preparations.

visitBerlin – the Marketing agency of Germany’s capital, was one of the first exhibitors to confirm its participation. Ralf Ostendorf, director of Market Management at visitBerlin: “Naturally, visitBerlin is delighted that as an offshoot of a Berlin event ITB China will be taking place in Shanghai. The Chinese market is very important for us. Last year in Berlin the number of overnights by Chinese visitors rose by 26.6 per cent, and the prospects for more business are good. We are already looking forward to establishing contacts in Shanghai and to taking part in the first ITB China.“

Exhibitors who decide early to attend ITB China can take advantage of a 10 per cent discount on stand fees if they register no later than 30 September 2016. For more details please visit www.itb-china.com.

About ITB
First launched 50 years ago, ITB Berlin is recognised as the most successful trade show for the global travel industry. Some 10,000 exhibitors from more than 180 countries regularly attend this event. Every year in October for the last eight years Messe Berlin has successfully organised ITB Asia in Singapore. Boasting 760 exhibitors from 73 countries, ITB Asia in Singapore has established itself as one of the leading travel trade shows in Asia. As the second show in Asia, ITB China will take place in Shanghai, one of the leading industrial cities in the People’s Republic of China, and with a population of around 23 million one of world’s largest cities. In addition to ITB Asia, which reflects tourism in the whole Asian region, ITB China focuses entirely on the Chinese travel market.

About ITB China and the ITB China Conference
ITB China 2017 will take place from Wednesday to Friday, 10 to 12 May, at the Shanghai World Expo Exhibition and Convention Centre. ITB China is a three-day business to business travel trade fair that focuses exclusively on the Chinese travel industry.