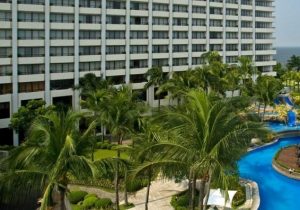 Manila (Philippines) – March 16, 2013 — With medical tourism on the rise throughout Southeast Asia, Sofitel Philippine Plaza has jettisoned the traditional spa playbook, teamed with one of the country’s most renowned wellness experts and opened the doors on a health and aesthetic institute, the first inside a hotel in Asia.

“Manila is a tremendous destination for international travelers who want cost-effective aesthetic treatments,” said Goran Aleks, general manager of Sofitel Philippine Plaza. “They stay with us all the time. Watching them exit the hotel for wellness clinics (downtown) sparked an idea: Why not take it to the next level, and develop a concept that goes beyond the quick fix to full-on behavior modification?”

Services range from weight-management tools such as Calloblock — which naturally binds carbs and fats in the food you consume and speeds up the calorie-burning process — to anti-aging procedures that involve the administration of medication directly into the fattiest layer of skin. Vietura also has tried-and-tested remedies for complexion problems and digestive disorders. All solutions are non-invasive and begin with a full-body assessment — the first step in Vietura’s three-step ‘Measure, Mentor and Monitor’ philosophy.

“Vietura is not your typical medical spa; it’s a lifestyle experience,” Aleks said. “It’s for the person who understands that the path to greater confidence isn’t dramatic change. It’s a long-term holistic approach that results in a more natural glow and prompts friends to ask, ‘Where did you go on vacation?’ instead of ‘What surgeon did you just see?’”

Vietura’s concept was developed by its chief practitioner, Dr. Mary Jane Torres, a Filipina who spent years studying mesotherapy methods in Europe and is a hard-core believer in non-invasive, non-surgical solutions. For face contouring, she employs Platelet-Rich Plasma technology, which harnesses the healing powers of platelets found in the blood. For body sculpting, she uses Italian-made resonance machines, which produce electrodes that speed fat dissolving and skin tightening. During the course of any treatment, she runs tests to make sure every move is the right move.

“Evidence is everything,” said Torres, who has treated some of the Philippines’ biggest celebrities through the Zen Institute, a medical spa she founded in 2006.

In addition to Torres, Vietura’s staff consists of 12 registered nurses, a dietician and a lifestyle coach.

Their workplace is a collection of 20 treatment rooms located in a strategic and discreet corner of Manila’s only bayside hotel. The facility’s position means it can be accessed via the back of the property — a feature Aleks expects will entice local business. “It’s a very private setting so guests can be assured of anonymity,” Aleks said. “That’s a big deal to some people, especially those in the public eye.”

There is no common waiting area, either. When a guest enters, they are escorted directly to a treatment room, where soothing, ambient music is but one element of the consultation experience.

Another is the design itself, which was imagined by Gruppo Espazio, a prolific, Manila-based interior design firm that also conceived the stylish LeSpa at Sofitel Philippine Plaza. In Vietura, Gruppo Espazio devised a space that is sleek yet natural, thanks in large part to warm lighting and a live, vertical garden feature in each treatment room.

“It’s anything but clinical,” Aleks added. “Vie means life and tura means nature. We wanted to build off that, and create something people would find calming and comfortable and compatible with what Sofitel stands for as well. I think we’ve accomplished that.”

Vietura’s launch comes on the heels of another debut at Sofitel Philippine Plaza. On Nov. 8, the hotel officially reopened Spiral restaurant after a year-long, US $11 million renovation. The culinary marvel now features 21 dining ateliers helmed by Eric Costille, the regional executive chef for Sofitel Asia-Pacific.

About Sofitel Philippine Plaza
Built in 1976 with input from former President Ferdinand Marcos and First Lady Imelda, Sofitel Philippine Plaza has long been the address of choice for guests of the country’s capital. The only 5-star hotel with a resort setting in Manila is adjacent to the iconic Cultural Center of the Philippines (CCP) and within 15 minutes of the international airport, Mall of Asia and historic Spanish walled city of Intramuros. At 609 rooms, the property is the biggest in Sofitel’s portfolio and, in true Sofitel spirit, exudes a combination of French savoir faire and authentic local touches. 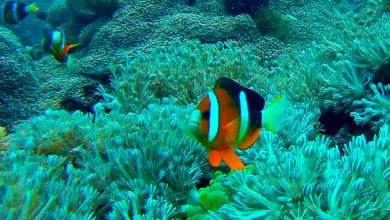 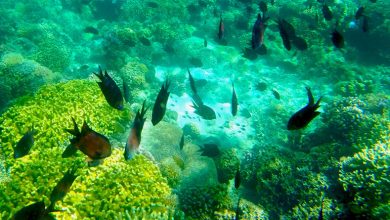 Hole in The Wall