Opposite J.P. Laurel Avenue is the Malacañang Palace, residence of the President of the Republic (visitors admitted at certain times by prior arrangement: apply to Ministry of Tourism). The name is said to come from the Tagalog word mamalakaya (village of fishermen) or perhaps from may lakan diyan (residence of the chief). Others derive it from Spanish mala cana (bad reed), referring to the reeds which formerly lined the banks of the Pasig river.

In the 18th century a wealthy Spaniard named Don Luis Rocha built a country residence here, on the North bank of the river. This was bought in 1802 by an officer named Jose Miguel Formento, and was acquired by the State in 1825 with the help of a tax levied on the Chinese. Thereafter, it became the summer residence of the governors, anxious to get away from the heavy moist air of Intramuros.

By the 19th century the town had already extended north of the Pasig. After the destruction of the Royal Palace by an earthquake in 1863 the Spanish Governor-General had transferred his residence to a large country house in the colonial style built, the Malacañang Palace became the permanent residence of the governor. The Americans carried on the tradition, and Governor Davis (1929-32, who gave his name to the Davis Cup) carried out large alterations and extensions. General MacArthur had his offices here. The palace, set in a large park extending on to both banks of the river, in which its beautiful white facade is reflected, is now the official residence of the President of the Republic.

In front of the palace are beautiful gardens enclosed by wrought-iron railings. The State Apartments are richly decorated and furnished. In the Grand Hall are three chandeliers of Bohemian crystal and portraits of Presidents of the Philippines. There are also collections of Chinese porcelain and pictures by Filipino artists.

Two other Spanish palaces of the period survive down river from the Malacañang Palace. Efforts are being made to clean up the Pasig and its banks, long in a filthy and neglected state, but it still needs a good deal of imagination to picture this as the elegant river promenade it was in the days when the governor traveled each day by boat, or by coach via Escolta Street, from his palace to his office in Intramuros. Nowadays, this district near the port contains the offices of the principal banks and shipping lines. 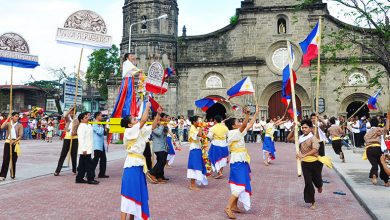 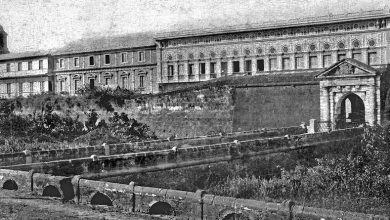 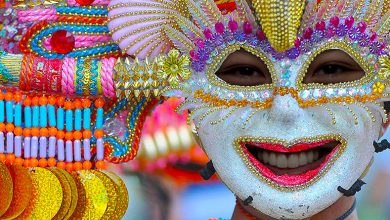 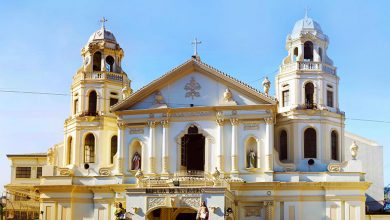