This street runs northeast to the former Spanish Custom House, Aduana where goods coming from abroad were declared, occupied for a time by the Central Bank; the building was damaged in 1945. Behind it, above the Pasig, is a monument to the Manila Galleon, commemorating the vessel which maintained the link between Manila and Acapulco in Mexico. From here the wide Magallanes Drive runs southeast, with the offices of the immigration authorities, on the left is the Puerta Isabel II, named after the queen of Spain who was dethroned in 1868. There is a statue of the queen in the square which bears her name within the walls; it formerly stood outside the walls. 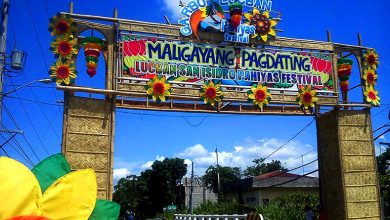 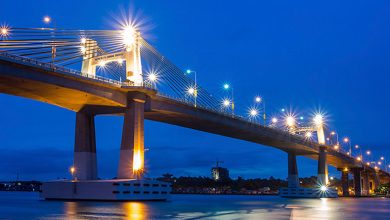 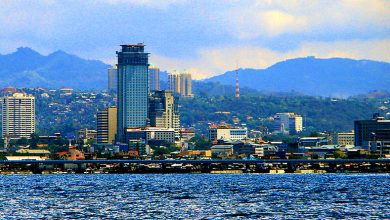 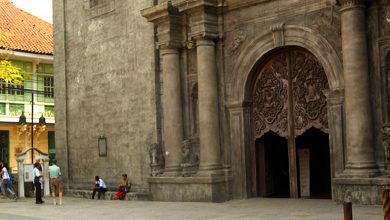