In spite of its evident Spanish characteristics colonial religious architecture differs considerably from its sources. The Spanish models underwent a first transformation in Mexico and moved on in their altered state to the Philippines, where they were further modified in the light of local conditions and local inspiration. The changes resulted from the fact that in the absence of professional architects the buildings had to be constructed by amateurs, who were compelled to use their imagination to make up for their lack of professional skills: it was necessary, therefore, to make use of local builders.

In course of time the Chinese and the Filipinos turned out to make excellent architects. Clearly no craftsman of any reputation was likely to cross the world to practise his art in the Philippines; but a number of monks made a name for themselves in this field. Thus Juan Macias, an Augustinian built the monastery and church of his order in Intramuros at the beginning of the 17th century; soon afterwards Antonio de Herrera devised the inverted arch, a reversed segmental arch inserted into the foundations of a building to increase its resistance to earthquakes; and Jesuit, Antonio Sedeo built the convent and church of the Society of Jesus in Manila, as well as a stone-built fort and the chapel of Nuestra Seora de Guia in Intramuros. Although most builders were still anonymous, a number of architects and artists were able to establish their reputation in the 18th century, like Juan de Ayco, Jeronimo Quibon and Jacinto Caba, who worked on the cathedral of Cebu around 1700; Andres de la Cruz and Pedro Eulogio, who worked at Vigan; Don Bartolome Palatino de Paete, who designed the facade of San Geronimo at Morong (Rizal); and Michel Guangco, who constructed the stone-built church of San Joaquin at Iloilo.

Changes in architectural style resulted not only from the different ideas of local architects but also from differences in the materials locally available and in their employment to meet local climatic and geographical conditions (typhoons, earthquakes). The Philippines possessed a variety of materials: bamboo, leaves of the nipa palm, rattan cane, the coarse grass called cogon and other species which were tough and resistant to weather and had long proved themselves in the construction of boats. All this enabled Filipino builders to show their skill and originality in adapting imported patterns to local circumstances.

Architectural forms were therefore modified to suit local needs. The first churches were probably modest rectangular structures built with the same materials as the houses of those who were to worship in them. It would sometimes become necessary, however, to enlarge them to accommodate a larger congregation, and accordingly to develop a more sophisticated type of architecture. The churches might also have to be strengthened and fortified for the purpose of protection, and they might also require to be decorated; for they served both an aesthetic and a psychological function as a demonstration of the greatness and power of their God.

The first churches were low buildings, with a wall height of some 10 to 12 metres. The walls themselves, between 1 and 3 metres thick, were supported by buttresses on the exterior walls, alternating with tall windows. The walls had a core of undressed stone, gravel and pebbles and were faced with bricks and mortar; and the facades were given a coating of stucco to which decorative patterns were applied. The binding material sometimes incorporated shells and sandstone, which gave the decorative motifs a distinctive character and remarkable weather resistance. At Ilocos, Bohol, Manila and Panay coralline stone was used in place of brick, to great advantage. Some of the richer parishes used dressed stone from Bulacan or Rizal. In Paoay, Ilocos Norte for instance, the tower was separate from the church so that in the event of an earthquake it would not collapse on to the church; while in Miagao, Ilocos Norte the facade was framed between two symmetrical defensive towers, but usually there was only one. The facades were decorated with columns and pilasters in two or three registers.

The timber roof vaulting was at first left exposed but was later concealed by trompe l’oeil panels. Stone vaulting was exceptional. There are several examples of domes in the province of Laguna. The domes at Apalit (Pampanga) and Santa Lucia (Ilocos Sur) are in pseudo-Renaissance style, while those at Betis (Pampanga) and Lipa (Batangas) show Baroque inspiration. Later churches, seen from outside, appear to have two lateral aisles, but these are made up of vaulted chapels which have no communication with one another, with sacristies at the east end on either side of the apse. A few more recent or larger churches, particularly on Bohol, have true aisles and a transept. With the introduction of the Plateresque style and improvements in technique part of the facade began to be covered with elaborate carved decoration, though the church (as at Tigbauan, Cortes) was otherwise of fortified type to provide defence against Muslim raids or local insurrections.

The retablos, masterpieces of decoration, were no less composite in style than the rest of the architecture. Here the luxuriant imagination of Filipino artists, which for various reasons rarely found expression on the facade, was allowed free play; and within this riot of architectural and floral motifs were niches for santos, painted wooden statues of Christ, the Virgin or saints. The carved draperies of the figures swelled out voluminously like the rich embroidered fabrics set with precious stones in which other figures were covered. Sometimes the head, hands and feet were carved from ivory.

These churches, the building of which usually extended over several decades, were also a symbol and a measure of the missionaries success in the task of conversion, and accordingly no effort was spared in their construction. The people of the Philippines contributed both money, through the taxes they paid, and their own labour. It is not difficult to imagine what a concentration of effort and of thought went to the building of a new church or the enlargement or alteration of an earlier one. The variations between these churches, reflecting the different personalities of the builders or differences in local conditions, result from the participation of local craftsmen and contribute to the distinctive originality of each one. Unfortunately many of them have disappeared as a result of earthquakes, wars or fires, and a new church has frequently been built on the ruins of an older one.

In the southern part of the archipelago, particularly on Cebu and Bohol, Muslim influence can be detected in minaret and bulbous domes (Carcar, Naga, and Cebu) or in scrollwork, geometric patterns or stylised ornament in low relief. Chinese influence in the decorative forms can also be seen, for example in the church of San Joaquin (Iloilo) or the one at Paoay (Ilocos Norte).

The parish priests gradually came to dominate administrative and social as well as religious activities, and greater attention was paid to the church buildings. Sometimes an arched passage continues the line of the nave to link the church with the convento (presbytery), but usually it is at right angles to the church, as at San Vicente (Ilocos Sur), Laoag (Ilocos Norte), Baclayon (Bohol) and Santa Lucia; it may also form a T shape with the church, as at Loboc (Bohol). Normally, there is a courtyard or atrium in front of the entrance to the church, which is surrounded by a wall marking out the boundaries of the mission station. The square in front of the church is the central point of any town, and the bishop’s palace forms part of the complex, may also include a seminary, a school or a monastery, as at Vigan and Jaro (Iloilo), where the various buildings stand round a long rectangular plaza. 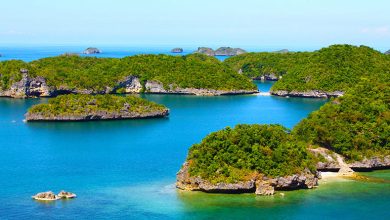 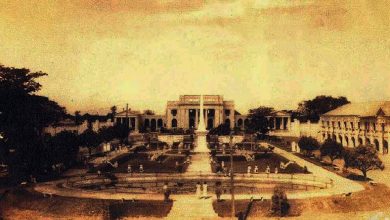 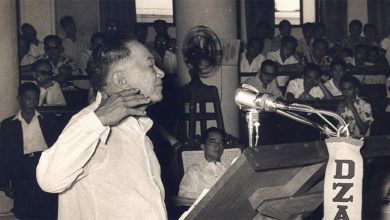 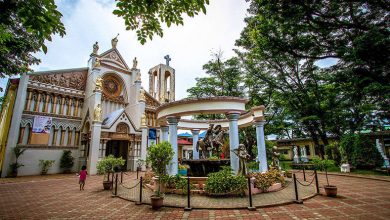