During the pre-colonial period the people of the Philippines practiced polytheism, animism and worship the elements. Their beliefs and cultural mores anchored in the idea that the world is inhabited by spirits and supernatural entities, both good and bad and that respect is accorded to them through natural worship. At present, only a handful of indigenous tribes continue to practice this. The religious life of these groups is dominated by the rituals associated with rice-growing, and they have specialists in the rituals accompanying the first planting and the harvest, and also ensure various prohibitions that are observed during the growing period. The pattern of social and family activities is also governed by the crops. Usually they have a supreme god who is venerated through the intercession of other gods. The gods and spirits of the ancestors (anitos) are addressed by particular individuals with occult powers. The anitos are consulted on all events of importance such as a birth, some particular desire or aspiration, to make a field fertile, etc. Only other people’s ancestors may exert a baleful influence. The various divinities are propitiated by dances, prayers and sacrifices (rice, poultry, a pig, a carabao).

Some of the rituals performed before the arrival of the Spaniards (pandot) lasted several days, sometimes involving the worshippers in trances and loss of consciousness. The Filipinos revered a powerful creator god, who was attended by numerous other gods, each of whom had a particular role in the various events of life (birth, death, love) and in the interplay of the elements and the life of nature (rain, rainbow, sun, and the wild animals). Thus they would sometimes throw food into the water for the crocodiles or set out dishes of food on particular rocks. They also honoured the spirits of dead relatives, whose ill humour might bring about illness or death. It was also necessary to secure the favour of good spirits and appease bad spirits; and this was achieved by particular ceremonies conducted by a priest or priestess (babaylan) in which the worshippers responded to the priestly invocations. These ceremonies involved precise rituals, varying according to the object to be achieved: the healing of a sick person, an act of thanksgiving for success in war or a good harvest. The entrails of sacrificial animals served for the purposes of divination. Carved wooden statues of divinities were worshipped in the people’s houses (likha), but the ancient religion had no temples. 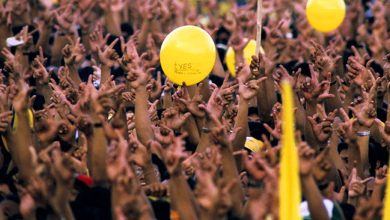 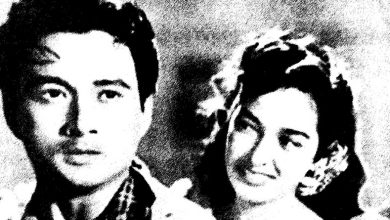